Celebrity Tabletalk with Fikelephi Jackson, Founder of Against All Odds Still Standing

“I knew that while I was still feeling hurt and carrying all of this baggage – hurt,
shame, stigma, low self-esteem, humiliation, self-pity, worthlessness… all in one
suitcase…I had to let it go.”
– Fikelephi Jackson, Against All odds (I Survived) 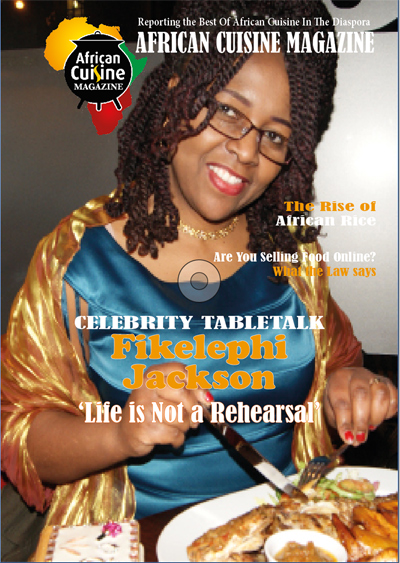 Fikelephi Jackson does not strike you instantly as someone with a story that can be couched in the quotation from her powerful personal story narrated in her book, ‘Against All Odds (I Survived!)’. When we met her at the grand 805 Restaurant on London’s Old Kent Road, she was accompanied by her husband, Colin who also features in Fikelephi’s tale of personal struggle, affirmation and restoration. Her first words ‘ Where do I start?’ opened up a box of surprises touching on many dimensions of the human condition. It also confirmed the aged truth of never judging a book by its cover. And so, our guest’s story started in far-away South Africa, migrating through Swaziland into Zimbabwe and to England.

Fikelephi is the founder of Against All Odds, a UK charity (http://aosuk.org) that focuses on ending violence and abuse against women & girls. It carries out the work by seeking to safeguard and protect the civil liberties of women & girls both within the UK and abroad. According to Fikelephi, the aim is to raise awareness of the plight of women and children whereever abuses and inequalities exist. To achieve this goal, her group provides support that relieves the needs of victims and empowers them to recover and thrive as survivors. ‘We work in partnership with other organisations to rebuild lives and restore hope’, she says.

Who wears the shoe knows where it pinches. Fikelephi herself bore the brunt of personal spousal domestic abuse. And it is this personal experience that energises our tabletalk with her. In a frank, unstinting manner, she opens up on her experience of physical and psychological abuse by her husband while she was a young woman in South Africa.

Early marriage had come upon her as a result of the sudden death of her father, an anti-Apartheid activist killed during the apartheid regime. Poverty and destitution quickly followed and with them, a personal conviction to eke out a ‘vendetta’ against the state that had caused her father’s untimely demise. Fikelephi became a freedom fighter, joining a throng of other young people to seek redress for the injustices of apartheid. Eventually, she fled the country. It’s a fascinating story but behind it lurks a darkness, a murkiness that the
beautiful Fikelephi at our table seems very distant from. And in a way, she is distant from it all. She says of the experience, ‘I lived in a girl’s camp, living like a prisoner.’ She saw friends die from diseases arising from the camp conditions and she herself survived on very basic rations. 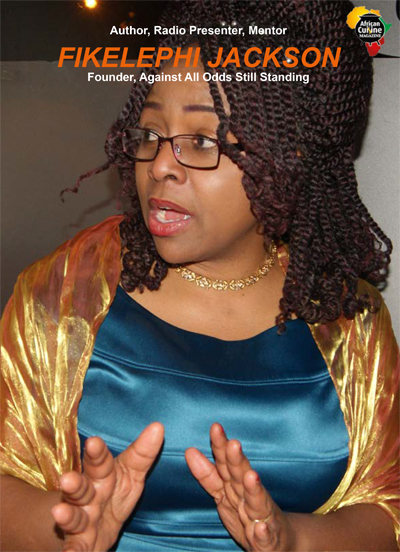 Her narration is full of sadness. It is thus easy to read from her countenance the pain of knowing: that even after all these years, there are still many thousands of young girls and women shackled by domestic abuse, sexual exploitation and institutional discrimination. But Fikelephi also acknowledges that these circumstances can be changed for the better. A fundamental core of her personal volition is her strong Christian faith. She used to refer to God as ‘the Big Man upstairs’. And, it seems, the ‘Big Man’ looked down upon her with mercy and grace.

Divine providence in many guises is resplendent in her account of how she fled South Africa and in all the opportunities, through people and circumstances, that helped her rebuild her life in England. The story of how she became Mrs Colin Jackson is so upliftingly sonorous that it could have come out of a fairy tale! Out of her own personal tragedy, desolation and abuse, Fikelephi helps us remember that ‘setbacks in life are not an end’ and that life is not a rehearsal – that it is happening right now and ‘you have the power to disallow every contrary situation in your life.

Fikelephi takes her own medicine. She uses her immense resolve and determination to encourage others to make a difference to those girls and women wronged through domestic abuse. ‘Our UK work focuses on Confidential advice and support for victims of violence against women and girls (VAWG) while our overseas program promotes gender equality and empower women, as well as
improve maternal and neonatal health and to relieve need and hunger where we can make a difference.’

As we concluded this edition’s Celebrity TableTalk, we ask our Guest to make one Big Ask:

‘Please join us as we celebrate our second anniversary since the launch of our Charity, All Odds Still Standing (AOS) Charity. This fun filled evening also helps our efforts to fun-raise towards our beneficiaries. All proceeds will go to Against All Odds Still Standing (AOS) Charity Operations. Fill a table of 10, one goes free. See also right at the bottom of this page for donation item ideas on how you can contribute your help and support. To purchase your ticket see options below. Or else give us a call if you have any questions. Volunteers are also required to help out on the night.’

Previous article Food Lecture: “Let Them Eat Stuffed Peppers”: An Argument of Images on the role of Food in Understanding Neoliberal Austerity in Greece →
Next article AfrikFood Spices Up the Milton Keynes summer →